If you are active on social media platforms or are very well informed about the latest trends, you must have heard about this new, unique, yet controversial app – Clubhouse. People are going bonkers over this exclusive app ever since major celebrities like Drake, Oprah and Elon Musk have talked highly about it. Chances are, you might not just use it yet because it is highly moderated, and people can join via invites only. It is making news big time! Launched in April 2020 by Paul Davidson and Rohan Seth, Clubhouse has all the ingredients for success and controversy.

The idea behind Clubhouse is straightforward but also very enticing. In an era where social media has grown to have various constraints, moderation and scrutiny, Clubhouse seems to have none of that! Users can access virtual rooms and listen to others talk with no script and censors; merely a free-flowing conversation. This distinct quality made the 2020 idea into an app with a $100 million valuation in just 5 months. A user can raise their hands to participate, or the host can invite them to talk. Most social media platforms demand your attention to the screen. On the other hand, one can use Clubhouse while doing their everyday activities – while riding a taxi, walking home from work, or even cooking; people with hectic schedules can also take out time for listening to conversations and raising their opinions.

Many celebrities like Jared Leto, Kevin Hart and Mark Zuckerberg are now part of the mix. What can one expect when there is a combination of celebrities, exclusivity and excitement? The answer is FOMO! Suddenly, the entire world felt like they were missing out on something cool, a new fad catching on.

FOMO acting as a marketer

FOMO (fear of missing out) is just what was needed for the app to blow up. Even with only 1.5k official users on the app, it had a $100 million valuation in May 2020. People wanted to get in, but the app’s ‘invite only’ option created scarcity, leading to hype and a sense of elitism. Reports from CNBC say that the everyday user entrance has grown exponentially, but the app remains invite-only. Word of mouth alone has increased its appeal. People talked to others about their experience on the app. Some heard MC Hammer speak about racial issues; others listened to Elon Musk and the Robinhood CEO talk about the latest happenings in the stock market. The popularity associated with Elon played a significant role in the app’s booming success. People wanted to listen to those big names talk about up-to-date issues with no censors or scripts. If you weren’t there, you missed it because there are no records or traces of that conversation over the app.

By February 1st, there were 2 million users on the app, and the valuation augmented to $2 billion. The app seemed perfect, but then there was enough controversy to shake things up.

Controversies around censorship and moderation

While some might say that Clubhouse has no moderation, it might not exactly be true. Rooms can have moderators, and the host can block users or kick them out of conversations. While on the other hand, some moderators or hosts can choose to do nothing, and discussions can get heated up really soon. Controversies arose when it was found that journalists were actively stopped where the conversations made a good story in some rooms. This clarifies that the tug of war between free speech and discriminated moderation will be a big phenomenon on the platform.

Clubhouse makers have been very lenient. They explained that they didn’t allow users to report harassment or abuse in the initial terms of service because it went against the original idea of the app. Taylor Lorenz, a journalist who faced harassment and trolling on Clubhouse, suggested that there should be some changes in the app as she felt powerless to control the trollers who were in her room. She proposed banning users and a set of expected behaviour, but there is no such evidence as to if such changes have been implemented in the app.

This sparked a new debate on the moderation of Clubhouse. Vanity Fair wrote that Clubhouse had all the traits of becoming a haven for the powerful to flirt with issues like misogyny, racism, anti-Semitism, or any forms of discrimination.

“The company unequivocally condemns all forms of racism, hate speech, and abuse, as noted in our community guidelines and terms of service, and has trust and safety procedures in place to investigate and address any violation of these rules.”– via Paul Davidson & Rohan Seth’s spokesperson

However, these promises have not been translated into action.

The future of Clubhouse

In these changing times, where we fight to attain racial equality, gender equality and inclusion, Clubhouse needs to secure a sustainable future, especially when struggling to handle its popularity and moderation. As we have all seen with Twitter and Facebook, when social media doesn’t act upon community guidelines quickly, it bites back.

Once Clubhouse starts dealing with these issues, people believe it is going to be highly successful. People, in fact, have begun to anticipate Clubhouse overcoming podcasts, and this debate is highly talked about. Some say it will; others believe it will merely coexist as the immediacy of Clubhouse hinders its sustainability. When it comes to podcasts, you can listen to them whenever you want as opposed to Clubhouse.

Tallying all the pros and cons of Clubhouse, we find out many things in its advantage. It’s as close as we can get to a celebrity or an expert. It has no script, and we can listen to conversations instantly.

In these strange times of the pandemic, this is the closest we can get to a real live interaction; but digital abuse and moderation will play a considerable role in Clubhouse’s future. 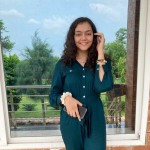