Prabhat Sinha, the founder of Mann Deshi Foundation, aims at quenching the thirst for sports for tribal children of the villages in Maharashtra, India. In Mhaswad, a drought-prone region in Maharashtra, where nomadic and tribal people fight for survival, Prabhat has trained over 7000 athletes by helping the kids believe in the power of sports. He believes that sports help physically and play a significant role in shaping people’s lives. He thinks there should be no social and economic boundaries that decide an athlete’s capabilities to excel in sports.

In a candid interview with Brown, Prabhat recollects his childhood, his youth, and what made him quit his job in the United States to start Mann Deshi Foundation.

Prabhat grew up in the village of Mhaswad and studied till grade eight. He belonged to a nomadic tribe and would climb trees to get the beehives, swim lakes to catch the ducks and run in the fields.

When he moved to the United States of America, he learned that swimming, climbing, running were sports. That was the first time he appeared in athletic competitions.

“I was always passionate about sports, and that passion drove me a lot in my life.”Says Prabhat

Prabhat started playing basketball and enjoyed the exposure to sports and related activities in America. He did his undergraduate and graduate studies in Finance at Georgetown University. Prabhat says, “I loved the subject of finance and business, and for the love of sports, I entered the United States sports industry and collaborated with athletes and sports companies for getting endorsements and deals for them. However, at the top of my head, I always had this thing to do something in sports for those Prabhats who were still in my village catching ducks, chasing animals, and climbing trees to get the beehives.”

The Catalyst to Prabhat’s Thoughts

Prabhat was on a two-month vacation in India in December 2013. He visited a lot of villages in Maharashtra despite hailing from a village himself, because he wanted to know the challenges, stories, problems, and dreams of children, the people, schools, and government authorities of the villages before taking any decision regarding his project.

So in the course of this journey, he met a family of sugarcane cutters. Sugar cane cutting is a dangerous occupation. Not only do the workers have to spend their day toiling in the field, but they also have to stay vigilant of the poisonous snakes that often hide in the fields. Prabhat saw a girl of 12 years who was among the workers cutting the sugarcane the whole day. She did not have the privilege to attend school even once in her life. He saw that she worked the whole day, and during lunch hours, she played with a ball made with rugs. Her name was Nakusha. Prabhat says that Nakusha in the native language means ‘the unwanted child’. He realized that since she was a girl, she was unwanted. She was deprived of education and any other necessities of life. She would be married off in her teens. But apart from this, Prabhat noticed that while she was playing with that ball, she was the happiest person.

“Sports doesn’t discriminate based on caste, colour, gender, or background. It treats everyone equally.”Says Prabhat

And from there, the idea of Mann Deshi Champion was born. Prabhat says that it was Nakusha who silently told him that he needed to bring a change.

Prabhat’s Mann Deshi Champions provides rural tribal kids with sporting facilities, accommodation, and nutrition free of cost. Mann Deshi Champions provides sports facilities for Field Hockey, Wrestling, Track and Field, and Gym. It also houses an Olympic-sized fifty meters pool for swimmers. Approximately four hundred students come to the academy by Mann Deshi Bus in the morning at 6 and leave at 8:30. For the entire 2.5 hours, initially, the children play sports as per their choice. They are provided with nutritious food like peanuts, jaggery, chicken, and milk. The national-level athletes get extra coaching and protein supplements. These national-level athletes are born out of children who are slowly trained in a particular sport in the later stages.

Prabhat feels education is a key component in shaping a persona; hence Mann Deshi Foundation educates these children via storytelling sessions, plays, dramas, and music. These plays are based on societal issues of gender inequality, problems of a widow, sexual and drug abuse. It also teaches subjects like Astronomy, History, Biodiversity, Science, and other related subjects. Prabhat’s upcoming ‘Curiosity and Innovation Program’ aims at building a planetarium so that rural children can understand stars and planets.

Equality is what Prabhat feels is the need of the hour; hence, under the ‘Youth Development Program’, Mann Deshi Champions prepares girls for government exams and secure government jobs like police officers, bank employees, etc so that they can support their families financially and the families realize that girls are not born to just get married but deserve a life of dignity.

However, since the COVID-19, all the activities have stopped. The foundation uses technology to fill the knowledge vacuum but due to the economic and financial problems of these children, many do not attend these. Prabhat also shares that nineteen of his state and district-level female athletes got married because the families could not feed another mouth as the financial burden rose on them.

Prabhat’s Mann Deshi Champions has trained sportspersons like Kajal Jadhav, the first female wrestler – from a tiny village Madha – who has won eleven national medals wrestling not just against the competitor in the ring but also against the conservative norms of society.

Another on the list is Reshma Kewate, a half-marathon runner who has won a silver medal in the United States Cross-Country Half-Marathon Event. She is counted in India’s Ten Best athletes for Half-Marathon and has run a lot of half-marathons in the US, France, and many other countries.

Vaishnavi Sawant, 3000 meters Steeplechase Runner who represented India at the Junior Athletic Championship in France, has won 3 international medals in the sport and won a medal in the Khelo India Event.

Sneha Jadhav, who has won Nationals at Hammer Throw, represented India in Asian Games and is now preparing for the Paris Olympics in 2024.

He talks about Sarita Bhise, who was a sheepherder belonging to a nomadic tribe and used to miss her school for six months in a year to chase the wolves away while taking her flock of sheep to graze in the fields. However, when she joined the Sports Program at Mann Deshi, she became the captain of Maharashtra’s Field-Hockey Team. This not only made her independent but also made her confident and the sole breadwinner of her family.

Prabhat talks about Kiran Bhagat, who is a wrestler from and has won the prestigious state-level wrestling competition – Maharashtra Kesari. Kajal Atpadkar hails from a nomadic tribe known as Lonari and is now a state-level player in Hockey.

However, Prabhat says that initially, it was difficult to convince the families of these sports stars as the families did not want their daughters to wear shorts, sports innerwear, or play in fields. But Prabhat overcame this by establishing a cordial and warm relationship with these families by visiting their homes and taking their advice as well.

“From 1 or 2 to 100 and then the whole community, we earned people’s trust, and that is how a community progresses-as whole.”Says Prabhat

The Miserable State of Sports Facilities in India

While answering this question, Prabhat stressed that sports is not just about winning medals and making India proud. Sports is more about personality development and building confidence.

Prabhat highlights some interesting analyses on the facilities that the government provides athletes. He says that cities have all the facilities to build an international level sports academy in India, but they lack the amount of land required. On the other hand, the case is just the opposite in the villages with more land and no facilities.

He says, “The government makes an Olympic-level stadium near the cities that is mostly inaccessible to the athletes in villages where most of the sporting talent thrives. They are often booked for ceremonial purposes other than sports. Even if they are accessible, they do not have proper restrooms, drinking water, and various necessary facilities.”

A believer in finding solutions to problems, Prabhat’s Mann Deshi Foundation has built numerous small yet efficient sports facilities in villages themselves and has given ownership to the villagers. So, not only does the maintenance of these facilities become easier and manageable, but the villagers look after them with utmost care as they feel that the facilities are valuable assets for them and for their children who use them.

The Lady Squad of Mann Deshi

Prabhat’s Mann Deshi Foundation has all the major positions held by the village women. When asked about the reason behind this, Prabhat says, “I believe women are patient and can do jobs equally well or even  better than men.”

Prabhat highlights gender discrimination across various sectors where women are not treated equally whether it is India, abroad, Hollywood, Bollywood, corporates and it is even worse in the villages. Prabhat feels when women lead houses, they do not run into debt, and children have higher chances of getting educated. He feels this is because of women’s nature to prioritize the needs and wishes of others. However, when it comes to men, they think of themselves, and Prabhat says that he is not indifferent to them. This is why all the major positions of the foundation are held by women, not only to empower them but also to make society a better place for them.

And the Journey Continues

Prabhat has done tremendous work during the COVID-19 by tying up with the government hospitals and setting up new COVID hospitals and other healthcare facilities. It is his relentless work and philanthropy that has made organizations like HSBC, IndusInd, Cipla, Rhythm, Accenture, and various individual donors help the foundation with its funding.

Mann Deshi is training children with extraordinary potential and capability for the Paris Olympics in 2024 by not only providing them coaching from Indian coaches but also the International Institute of Sport in America.

Through Mann Deshi Kisaan Producer Company, Prabhat aims to improve the agricultural practices and socio-economic status of the Indian farmers and help them acquire certain knowledge regarding soil testing and crops to prevent them from overspending on chemical fertilizers.

A believer in empathy, Prabhat feels that one can give to others in numerous ways, from gratitude to inspiration or any financial help. He wants everyone to experience the joy of giving. He feels that a spark of curiosity and an appetite for asking questions help achieve a goal that creates an impact on society and the lives of the masses.

Prabhat is an inspiration for young Indians and a ray of hope for the sports industry of India. He is optimism personified for the rural athletes who dream of sports and make India proud. 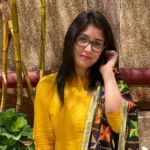