In simple terms, ‘Yoga’ can be defined as an art and science of healthy living. It indicates the perfect harmony between mind and body – you integrating with your surroundings and nature. The history of yoga has many places of obscurity and uncertainty due to the oral transmission and secretive nature of its teachings. The oldest writings on yoga were transcribed on fragile palm leaves that were easily destroyed or lost.

In some early writings, Yoga was used to describe a warrior dying and transcending into heaven at the back of his chariot to higher powers of being. It is believed that Yoga started almost 5,000 years ago, during the Indus-Sarasvati civilization in Northern India. The archaeological excavations found in this region uncovered many seals and fossils, depicting a human form sitting in a meditative position.

Some religious practitioners have stated that Lord Shiva is considered to be the first yogi; it is believed that he disseminated this knowledge to seven learned men (known as Saptarishis). They spread this knowledge further in seven different directions covering various regions – the knowledge that humans have the capacity to evolve beyond their physical limitations.

According to ancient Yogic scriptures, which are more than 10,000 years old, practising yoga leads to the union of individual consciousness with the higher Universal Consciousness. Yoga has a rich history, and the first mention of the science of Yoga can be found in ancient texts of Vedas, and the oldest copy of Vedas found is about 7,500 years old. The word ‘Yoga’ is believed to have first appeared in the oldest sacred texts, the Rig Veda and is derived from the Sanskrit root ‘Yuj‘, meaning ‘to join’ or ‘to unite’. To brief you, Vedas were a collection of nature, mathematics, astronomy, social sciences, agriculture, ethics & morality, arts, culture, Ayurveda and much more. They are composed of mantras, sacred songs, and rituals, which were taught by Brahmans – Vedic priests.

There are four Vedas – Rigveda, Samaveda, Yajurveda, Atharvaveda – and they have four parts; Aranyakas, Brahmanas, Samhitas and Upanishads. It is in Upanishads that the first explicit references to yoga appear. The Brahmans slowly developed Yoga and eventually documented their practices and beliefs in Upanishads, which has over 200 scriptures. The Vedic priests were very disciplined and avoided all kinds of indulgence. They instead performed sacrifices (known as yajna) and used poses that modern researchers believe are the precursors of yoga poses used in the modern world. Concepts of controlling the mind, withdrawing the senses and attaining liberation are the main objectives of Upanishads. Out of the 108 Upanishads, there are 20 yoga Upanishads, which talk about different yogic techniques such as pranayama (breathing exercise), pratyahara (withdrawing of the senses), breathing exercises, sound and meditation.

During the pre-classical stage, Yoga was a mix of various ideas, beliefs and techniques which often contradicted each other. However, during the Classical period, Sage Patanjali wrote Yoga–Sutras to explain the entire process and systematic analysis of practical methods in 500 BC to follow his work. Yoga–Sutras comprise 196 lines in Sanskrit which are divided into 4 chapters. Sage Patanjali is also considered the father of Yoga, and his Yoga–Sutras still influence most modern Yoga styles and are credited as the foundation of Classical Yoga. His path of Ashtanga Yoga included the eight limbs of Yoga, which contain the steps and stages towards obtaining enlightenment:

A revolutionary Yoga Master Shankaracharya who lived in 800 AD rejuvenated the Yoga culture. He united the various yoga traditions, sorted all the ideological differences and gave the science and art of yoga a wider appeal. He also founded the tradition of Swami Sannyasas (or Monks), who have played a vital role in society since then. He wrote over 200 books and greatly contributed to the post-classical Yoga period. He also contributed to the development and continuation of Raja Yoga and Jnana Yoga, and with his rituals and teachings, one can achieve Nirvana (or liberation). Other than that, meditation was considered very essential to help clear the mind.

Hatha Yoga was also popularized during this period and most of the asanas (yoga poses) we practice today are part of Hatha Yoga. Sages Matsyendranath and Gorakhnath founded it; this form was more practical and helped everyone improve their health. It focuses on the strengthening and purification of the mind and body. The mind and body need to be in harmony, and it can only be achieved by practicing asanas, pranayama, mudras and bandhas. In fact, the discipline of Hatha Yoga – the physical aspect of Yoga – was developed as a vehicle of meditation. The skills of Hatha yoga prepared the body and mainly the nervous system for stillness to create the necessary physical strength and stamina, which allowed the mind to remain calm. This form of yoga is a powerful method of self-transformation.

The Spread of Yoga

Yoga slowly gained more popularity in other religions like Jainism, Hinduism and Buddhism in the 3rd century BCE. While in Mahayana Buddhism, practicing yoga for both meditative and spiritual use was known as Yogachara, it consisted of eight significant steps of meditation known as ‘insight’. By the 5th century, Yoga was meant for religious and meditative uses, but not for workout or fitness. The initial versions of Yoga were meant for spiritual practices and revolved around four core values – analyzing an individual’s perception and cognitive state to understand their suffering and solve the issue through meditation; increasing consciousness; achieving transcendence; penetrating someone’s body supernaturally.

During the fight for Independence, Yoga was widely valued because of the Indian Nationalist Movement to build pride and cultural identity. The practice of Yoga was promoted widely by powerful families and institutions until India gained Independence in 1947.

Yoga was introduced to the West in the early 19th Century, and with time, many of its Eastern teachings and philosophies became Westernized. During this time, many yoga teachers and gurus travelled to the West.

At a lecture on Yoga, Swami Vivekananda wowed the audience in Chicago in 1893; he himself was a disciple of Ramakrishna Paramhansa from Kolkata, India. He was a monk and presented the true essence of yoga and managed to convince the intellectuals in the West about the importance of practicing Yoga. Later, he found an organization called the Ramkrishna Mission which works towards keeping the pure spiritual essence of Yoga and uplift society.

In ancient times, people had a lifestyle that kept them very close to nature. There was a deeper understanding of the relationship between mind and body; only when both are in communion can one lead a balanced life. To achieve that, control of breath and self-realization is important.

This idea of using yoga to treat diseases, physical fitness and release stress is modern and a slightly superficial perspective. Maintaining correct posture, keeping your mind stable – and by extension, your thought process – pure, Yoga was about all-round wellness. It was never meant to be practiced in isolation. Correct posture and a meditative state were a way of life during ancient times, something our modern lifestyle has made very difficult for us.

Yoga is meant to make you realize that you’re one with the universe around you, your existence is not separate from the world, and once you attain this level of awareness, you’ll be able to liberate yourself from the suffering of the world. Then only can you take control over your mind, body, spirit and eventually, your destiny. Yoga’s true aim is to take you to the path of self-realization and actualization.

Today, yoga is widely practiced by millions of people in various forms; the yoga forms practiced in studios, gyms and homes, all over the world are just as complex as the lineages that have come before it.

Despite all the changes it went through over the years, the essence of yoga remains the same – becoming one with your mind, spirit, and surroundings. This profound practice and the spiritual meaning of Yoga has been recognized globally by the United Nations, and June 21st is assigned to this ancient practice as International Yoga Day.

So today, on International Yoga Day – let’s take a pledge to let this ancient form of science always be an important part of our culture. How about we begin with doing the 12 Suryanamaskar (sun-salutation) poses from today itself? It’s believed to be very beneficial for the overall well-being. So, go ahead and roll out your yoga mats and take the first step to come into harmony with yourself. 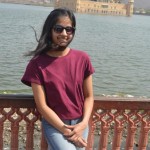