We all have at some point mentally counted sheep till we fell asleep or ironed clothes on surfaces and temperatures we are not advised to. But did you know there’s a sport out there that requires those honed counting and ironing skills of yours? Yes, it sounds bizarre and unreal, but it is true.

In the northern regions of Australia, sheep farmers have a serious competition to participate in – Sheep Counting. It is quite popular amongst sheep farmers, where their superiority in farming skills is judged based on their tallying tricks. This old-fashioned country pursuit has been added to the sporting calendar of Australia. The contest starts at the regional and state level, and winners go on further to compete for the national title.

In the event, around 300-400 sheep are released from a pen randomly while 10 contestants stand and count the sheep as they dash past them at varying speeds. This counting requires a great deal of concentration and a few handy tricks to count and remember. Usually, it is farmers, stock agents, and landowners that take part in the competition. The winner is the one who counts the exact number of sheep that had been released from the pen.

Plenty of tallying methods are used, and everyone has their own style of counting. Some count in pairs of 3s, 4s, and 10s, while some rely on fingers for tallying.

You might be thinking that Sheep Counting is a local event restricted to a town or two and probably why you did not know about it. I found something in the World Records – according to the Guinness World Record, the first national-level Sheep Counting championship was held in Hay, New South Wales, Australia, on 14 September 2002. Peter Desailly had beat 100 other entrants by correctly counting 277 sheep. Another celebrated winner among the Sheep Counters is Don Lister. He had won a national title in the 1990s. The title was so prestigious that he was flown to South Africa to compete internationally.

Sheep counting had raged in the 90s but significantly died down in the years after. Efforts have been taken time and again to revive the competition but in vain. Perhaps, the shift of the younger population from countrysides to cities is why there is a lack of participation in the sport today.

What started as a joke in the 1980s by Tony Hiam mocking his brother-in-law for ironing his shirt even while camping led to the formation of the Extreme Ironing International.

The game aims to set up an ironing board at the most bizarre location possible and iron clothes. From mountain tops, underwater, and on ice sheets to the middle of streets and race tracks or while parachuting and snowboarding, people have successfully ironed in many offbeat locations.

Extreme Ironing or EI can be done solo or in groups. And the most interesting thing about this sport is that it led to the emergence of rival sports groups like Extreme Cello playing and Extreme Vacuum Cleaning. Moreover, there is an innovative twist to EI called ‘Bungee Ironing’ where people iron clothes while Bungee Jumping.

On the official page of the Extreme Ironing Bureau, there is a line that basically sums up the entire sport for you and me to understand – “Extreme ironing combines the thrill of an extreme outdoor activity with the satisfaction of a well-pressed shirt.”

Did you know the first Extreme Ironing World Championship occurred in 2002 in Valley, Bavaria, a small village near Munich? Ten countries had participated, where Britain alone had three teams out of the twelve. The championships since then have 5 sections in which the contestants are tested – Freestyle, Urban, Lauda, Water, and Forest. Interestingly, EI is not just about finding the most extreme locations to iron in but what also matters is the material of the cloth and the number of creases on it, which determine whether you win or lose!

These sports may seem slightly weird to you and me, but the participants are very serious about it and prepare ahead of time for such events and grand prizes.

So the next time you feel you are an accurate counter or wish to find thrill in your mundane ironing chore, hit up the internet and check if you fit the eligibility criteria of the championships in Extreme Ironing and Sheep Counting. 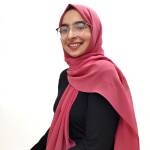