The Chief Justice of India stated this quote on the historic day of 6th September 2018 when the decision to decriminalize homosexuality came into existence.

“I am what I am. So take me as I am. No one can escape from their individuality”

Love and gender-identity are two important attributes which help in defining an individual. There exist distinct types of identities with which one can associate their true innate self. One of the factors which facilitate the development of one’s true self is through the expression of love and compassion from the loved ones and the society. Unfortunately, societal norms does not give this freedom as it only propagates the heterosexual notion of love and strict submission towards the gender that one is born with. This thought process acted as a map which guided the narrow paths of India where homosexuality and transgender identity were forbidden.

It was only recently that the path became wide when India walked the road of freedom and true love on 6th September 2018, when the Supreme Court passed the historic verdict of decriminalizing homosexuality which signalled a new ray of equal hopes and aspirations. This finally put an end to years of suppression, isolation and the stereotypical notions attached to their existence which can be traced back to the roots of the 1990s, where the notion of free love and identity had just begun to enter the social-political milieu of India.

In the 1990s, the parameters of understanding an individual and the sexual orientation -gender identity took a profound change when the “reel world” took responsibility to showcase the struggles and dilemmas of the LGBTQ+ community in India with movies such as “Bomgay” and “Fire”. “Bomgay”, often regarded as the first gay movie which was to be released in 1996, could not reach the theatres because the director believed that the movie would not pass the Censor Board. The filming of the movie created a lot of buzz, but because of hesitation and fear of rejection, this gem could not reach us!

Deepa Mehta’s “Fire” was a path-breaking movie, much ahead of its time which aimed at breaking the shackles of the patriarchal society by unabashedly and explicitly talking about free will and sexual desire. The movie explored the deep-seated nature of sexuality between two married women – Radha and Sita – who defied the societal norms by entering into a relationship.

These movies shook the audience to the core because of the intimate display of same-sex partners which aroused curiosity and provided an opportunity for the audience to rethink the norms which soon began to alter the mindset of the people towards a positive development. These movies provided a new definition of love and identity and laid the groundwork for the rise of a new era which gave them a chance to be their own defined self ruled by their own norms. However, the release of these movies accompanied by changed outlook was met with severe backlash from varying political frontiers. Nevertheless, this did not break the determination of filmmakers as many more movies exploring homosexuality did hit the theatres.

In the early 2000s, the trend of showing homosexuality in a positive light continued with movies such as ‘Mango Soufflé’. A fun paced, light-hearted comedy which explored male homosexuality with a bag full of twists and turns. The movie was directed by Mahesh Dattani and was based on his play ‘On a Muggy Night in Mumbai’ and is considered as the “First Openly Gay Movie” from India after ‘Bomgay’.

Next in line was ‘My Brother Nikhil’ (2005), a true gem, inspired by the life of Dominic D’Souza, an Indian AIDS activist. The movie sheds sensitive light on homosexuality and AIDS and the taboos associated with it at a time when such topics were not discussed openly. This movie was undoubtedly, ahead of its time.

Then came two great works of the Indian cinema: ‘Margarita With A Straw’ (2014) directed by Shonali Bose and ‘Aligarh’ (2015) directed by Hansal Mehta. The former ‘Margarita With A Straw’ is an inspirational piece. Painted with the notion of self-love and self-discovery, the movie also deals with the efforts of a woman exploring her sexual identity. This movie won many awards and definitely pierced its way into my heart as well. The latter, ‘Aligarh’, a heart-touching movie directed by Hansal Mehta, was based on the true story of a professor named Ramchandra Siras who lost his job on the pretext of morality when some local journalists barged into his house and found him having consensual sex with another adult man.

With the verdict of decriminalising homosexuality, many mainstream Bollywood commercial movies such as ‘Ek Ladki Ko Dekha Toh Aisa Laga’ and ‘Shubh Mangal Zyaada Saavdhan’ displayed the struggles of the community in the right light.

These movies taught the true meaning of love and acceptance and have undoubtedly, made an impact on the Indian audience. The people of India adore Bollywood to such an extent that sometimes actors are often considered as Gods. Thus, Indian cinema holds a tight grip over its viewers as they look forward to seeing their movies and often resonate with the storyline of the movies. Thus, it is the responsibility of the filmmakers and actors to create movies with well-intended messages.

There were certain movies which created a wrong perception and portrayal of the LGBTQ+ community. Movies such as ‘Kya Kool Hain Hum’, ‘Style, Masti’ and ‘Dostana’ are a few examples to be named. They displayed the stereotypical image of transgender people and gays (Dostana) in the most distasteful way by making them the symbols of mockery. Such representations often raises the question Why? Why to present someone’s life and struggles in a comical light? That’s the responsibility that we as audiences possess to unlearn such stereotypical thinking as depicted in these movies.

These visual representations have undoubtedly helped in altering the social atmosphere of society and signalled the rise of a new era of mutual respect, equality and freedom. Decriminalising homosexuality is just one step on the long road of creating a society where all humans are treated with dignity. The real change rests on our shoulders as it is through our individual voice and power that we can help bring about a real reform. 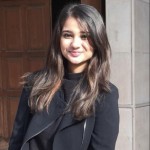