Eskei83 a.k.a. Sebastian King, winner of the 2014 Red Bull 3Style World DJ Championship is a celebrated DJ all around the world. He has made his place into various music festivals and clubs all around the globe. The turntablist has made it huge in the industry and has a very unique style. He is also one of the most loved DJs by the audiences. In this interview, he opens up about his life, career, journey and future plans. Let’s have a look at what he has to say. He got candid with us about his life, career, interests and much more.

Being a DJ for over a decade now, Eskei’s life revolves around turntables and DJ consoles. And now due to the COVID-19 situation, there has been a comma put in the regular course of his life like every other person on the planet. He still wants to go back to work and travel and play for various audiences, but he has also appreciated the break that he has gotten which gives him more time to stay with his family.

“It’s weird not being able to do what I’ve been doing for this long.”Says Eskei

Eskei has made his name all around the world but surely hasn’t forgotten his German roots. We talked about the world famous techno hub, Germany and how way before becoming a global artist Eskei had started his career in Germany. “I love listening to techno music and even one of my biggest hits, ‘Rave’ which has almost 10 million streams on spotify is actually sampled from a techno record.” He told us about the crazy techno environment in his city and how he loves playing in his own country. He even revealed that his favourite club in Germany is indeed a techno club.

Eskei has been a regular on the Beatport top 100 and Electronica charts and has even entered MTV charts a few times now with the tracks he makes. The special element that makes him stand out and get so much love from the audience to make him feature in these charts is the energy that he puts in his tracks. His music is such that it makes people groove even to the songs that are completely unknown to them and he has the ability to transmit his energy through his music.

Other than being a DJ, Eskei also owns a record label along with Drunken Masters, called the Crispy Crust Records. The label has been A&Ring for a couple of years now and has given platform to a number of budding artists. The label is not confined to a particular genre instead it focuses on the talent of the artists. In just a few years the Crispy Crust has gained popularity among people.

Eskei also talked about the top countries he loves. He mentioned how much he loves India and had a great time here on his tour in 2017. For example, during his India tour, he played more EDM, trap and dubstep kind of music and just a couple days later he was playing at a club in Kolkata which was a typical hip-hop club. He claimed that he had to make sure to do research about the event and play accordingly but he also makes sure to have his own elements in it. He loves the energy of the people here in India.

In India the energy is completely crazy and people love to party. They go wild and also have a great sense of music while being open to everything. Says Eskei

He also made many friends during the tour, one being the famous Indian singer, Ritviz. He would also love to visit China again. The crowd there is very unexpected. He is also a huge fan of the Canadian lifestyle and would love to visit the country again.

Be Your Own Self

Upon being asked about Eskei caters to such a wide range of audiences from all parts of the world he said that he mostly plays his own sets because that is what people like him for. But nevertheless he also does his research on the kind of event and the vibe of the event and then plans his sets for the particular audience.

We also talked about his preference between the classic vinyl records or the modern digital software and more or less; he likes them both. According to him both have their pros and cons. When he started as a DJ he  had the option to either play off CDs and not be able to scratch or play with vinyl and scratch. So he bought vinyl and turntables and other stuff and wanted to become a hip-hop DJ as he loved the genre, so this was his weapon of choice. And many years after using the traditional vinyl records and turntables he finally had the chance to use a software called Serato which is a digitized version of the vinyl records where you can still scratch and mix. This made travelling very easy for DJs.

“But today many DJs make it easy by playing the big radio hits and not working on their own tracks.”Says Eskei

But the downside to this is that many DJs today download numerous songs and try to play everything for the crowd and somewhere lose their identity. But with vinyl records it was very different, you had to pay for every single record. Therefore people ended up buying only those records that they really believe in and so everyone had their own style. But on the other hand, they also can do so much more cool stuff like live remixing, drumming and other things with this software that wasn’t possible with the vinyl records.

Eskei had been a huge name in Germany for quite long but his rise to global fame came along when he was amongst the runners up in the Red Bull 3Style World Finals in 2013. Interestingly enough, just a year later Eskei emerged as the winner of the 2014 edition of the same championship. That’s what put Eskei on a global platform. In this one year Eskei made changes in his sets and went on to become the winner.

He also said that it is extremely important for DJs to see the Red Bull 3Style as not only a championship but also a huge party. “In the end, people come there to enjoy and your main focus should be to give people what they want. And to make the vibe more party-like, I prepared my set to be more flowing and audience-friendly. Also, many DJs over-prepare their sets for the final event and play it for the first time on stage for an audience.” What Eskei did was that over a period of a year he tried his routines on the club audiences and saw what worked for them and what didn’t and then modified his set accordingly. This way he became much more confident and comfortable with his final set. Apart from being a contestant at Red Bull Thre3style, Eskei has also appeared as a judge for the same in later editions. “It becomes really important to be your own self and showcase something that has never been done.“

Eskei is a kind of DJ who loves mixing styles and genres as opposed to many DJs who stick to one particular genre for the span their whole career. He loves mixing different genres. For the last 4 years he has really been into bass music and he loves dubstep, trap and future bass. His career has seen a lot of changes when he switched from German rap to Hip Hop and R&B and then to Dancehall and then to Trap and Dubstep. He believes that you have to stay updated with the current preferences and likings of the audiences as well so you need to change constantly.

When asked about how he keeps up with such a huge fan base of over ten thousand listeners on Spotify and several thousands on other platforms, he responded by saying that he is constantly working in the studio and creating new music. He also loves collaborating and making tracks with other artists. He has a great team that backs him and helps him make his music sound the way it does. He also does Twitch streams and Instagram lives to stay connected with his audience and keep them in the loop and also understand what kind of music they are liking.

On being asked about his vocal track “Walk Away” and if anything similar is coming up soon, he said we could definitely expect similar tracks coming out soon. The idea that Eksei and his team have behind dropping such tracks is to alternate between tracks that are Spotify or radio-friendly and then drop something which can be played more in the clubs. “We try to make more chill and musical tracks for people to enjoy on radio and Spotify and we keep the heavier tracks for shows and stuff for the audience to turn up to.”

We also talked about alternate career options for Eskei83. “Back in the day, my biggest passion was football.” He loved playing football and wanted to become a professional player and for that, he would spend hours together on the field. But life took a turn when he started DJing at the age of 16 and then after finishing school he had to choose between either of the two paths. That’s when he decided to take up a job and pursue DJing on the side. So he used to work as a media designer and DJ along with that. Fortunately, his DJ career took off really fast and since then it has been his main thing.

The scene has changed a lot since the time I started to play. Earlier it was a lot about passion but along with that it also depended on how much money you were willing to invest in not just the equipment but you also had to buy music back then. But everything has changed these days, especially the free availability of music through the various streaming platforms has made it easier to access music and create sets of your own. The advice that I would give to budding artists is to focus on the uniqueness of their sets and maybe produce their own music. Originality is the way to go now in 2020.

Eskei has won numerous DJ battles and has been a regular on the top charts. With more than 130k monthly listeners on Spotify, Eskei is one of the biggest DJs in the world. His originals like ‘Rage’ and ‘Walk Away’ have made it big on the charts and have garnered him a lot of love from his audiences. He is also the first ever German to win the 2014 Red Bull 3Style World Championship. 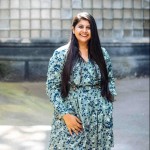