Being a kid born at the beginning of the 2000s millennium, three things possibly defined as a sizable portion of my childhood you could say, were grandma stories, street cricket with my friends and Pogo. Owned by an Indian based television firm, Turner International India, Pogo was a phenomenon, especially for the kids born in the late 90s and early 2000s owing to the diverse spread of English cartoons and animation based programs they aired. I still vividly remember watching “Make way for Noddy”, the little boy who drove around a fantastical city in his cute little convertible, on pogo every time it made the screens, defying the odds of erratic cable television connection, and the one that we were able to afford back then. Little then did I realize that 16 years down the line I would be penning down an article about an intrinsic chunk of my childhood, but yet here we are. However, this excerpt isn’t about Noddy or his friends but his convertible, an underrated gem of popular retro culture.

Retro culture has seemingly become the most famous fashion statement in contemporary times. Encompassing a wide range of historical elements from soap operas to kid’s cartoons, retro-styled products, through time have gained colossal value in the antique market. Needless to say, an inextricable stake in the booming retro culture, is still firmly vested in the automobiles of the yesteryears and Noddy was a testament to that premise. It truly bewilders me to find cars from the 90s parallel the market value of several technologically engineered automobiles of the present day. However, some shockingly implausible realities leave me thinking as to whether underrated ness pervades deeper than perceivable limits.

One such underrated product of the retro era was the Vignale Gamine, also known as the ‘Noddy Car’. The Vignale gamine was a car that made it to the consumer market in the mid-1960s and embodied a simple yet classy design to its look. The car was designed and named after Carrozzeria Vignale, an Italian coachbuilding company. Its design was inspired by the fiat 500, a car that didn’t share much in semblance to this one but owed its inspiration to the hardware of the gamine. If you were to describe the gamine in a word, ‘adorable’, ‘petite’, or as best put in the millennial lingo, ‘smol’ would be befitting. The gamine’s structure was very simple, an open-top convertible, perfect for a pleasant romantic ride along the countryside with its iconic two-seat roadster style arrangement. If you think that’s cute enough, the gamine came in a multitude of hues that complemented its compact design, making it stand out in appeal. The iconic red and yellow paint that it donned while it rolled out into the market, was a trademark to this style of automobile designing and was a definite retro style statement.

However, the truly special attribute of this masterpiece is its powering system. The Vignale Gamine’s engine was placed at its back despite having a rather protruded frontal extension. The rear engine was a dual cylinder, air-cooled power system which was quite a rarity in those days considering most convertibles had a front engine based chassis layout. The air-cooled engine, a revolutionary addition to this model, contributed to maximizing power efficiency and delivering a top speed of about 97 km/h, perhaps the most optimal to the modern-day highway roads.

The Gamine, unfortunately, did not see much success in the industry and was constrained by a limited supply. Its rivals made graphically more in gross sales thereby undercutting the Gamine in the market at that time, and progressively rendering the car obsolete to the world. In fact, when Noddy made it to the television screens, little did the mass audience know that the adorable car that he drove around, making the iconic “parp parp” sound, was indeed a relic, that didn’t make it to the daily roads. Despite being an underrated car, the few Gamines that are left in the retro-cult market today, are up for auction and go for exorbitant prices hence affirming its uniquely important place shared between the reel and real world.

Much like the Gamine, there are innumerable antique gems that lay shrouded and masked by the increased exposure of the public to mainstream automobiles. Only a paltry few look beyond what meets the eye to appreciate the beauty of these uncovered jewels and this situation is one that has to change if we are to truly appreciate the concoction of technology manifested through history. Thankfully the Gamine had a friend in Noddy to let its history live through the pens and thoughts of writers, like me, but there are many more in the yesteryear repository of forgotten machine marvels. When are we going to “Make way for them?” 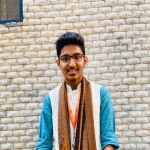