To make your company’s presence known in the global market, you not only need to localize but also ‘glocalize’, a term coined by sociologist Roland Robertson. As a country, India seems to be the perfect location to do so with the right population and economy. This makes the country vulnerable to the big global predators who use localization as a key to withdraw India’s banknotes. An Indian consumer is a sentimental yet value-driven consumer so pursuing them becomes back-breaking.

Let’s overview a few brands that have gone through immense difficulties and attempts to impress the Indian audience and to generate a credible response.

It has been one of the pioneers in understanding the trends of the market and applying the glocal marketing schemes. It has been successful in establishing a global presence by tailoring their products accordingly. McDonald’s has targeted only the urban market who could afford it. One aspect critical about India was that American fast food could only act as a substitute for Indian cuisine and half the population was vegetarian. Indians like their food spicy hot. Due to religious reasons, there was poor demand for beef and pork, so they had to come with an exclusive menu designed to suit Indian tastes with spices and ingredients desired across India. The Maharaja Mac with Chicken replaced the beefy Big Mac, while the McAloo Burger, Vegetarian Salad Sandwich, Spicy/Cheesy Rice Bowl, McVeggie were specially created for India. Special Indian sauces like McMasala and McImli were created to adapt to Indian tastes, as also garlic free and eggless sauces were prepared to cater to the needs of vegetarians.

PepsiCo identified India as a profitable market and entered the markets in 1988. Their objective was to create a brand image and formulate a range of snack foods, soft drinks and processed food. India ranks among the top 3 markets for PepsiCo. They have been keen on maintaining their product lines according to the Indian tastes. PepsiCo has a range of foods and beverages including Kurkure, Quaker Oats, Pepsi and Gatorade. The relation of PepsiCo with India has been so long that I am sure we all can’t remember when we got so addicted to it. Hyderabadi Masti, Green Chutney Style, Masala Munch, Chilli Chatka, India’s Magic Masala, all leave you mouth-watering. PepsiCo also has distinct flavours of Cheetos all across the globe, suiting the different walks of life. Plus they also have a range of savouries to munch on while watching your favourite movies or shows.

Domino’s is again an American multinational brand with a global presence. It has been a dominating brand in the Indian market and have taken over many brands and made its presence felt. It’s almost the first choice of every pizza lover. Domino’s conquers the Indian market by offering options like Peppy Paneer, Kebab Pizzas, and Cheese Burst Pizza. In addition to such unconventional pizzas, it also offers Garlic Bread, Choco Lava Cake, Pasta and Wraps. Domino’s has been continuously expanding its menu with a perfect mix of Indian and Western tastes to keep the success rate high. They have a wide range of vegetarian recipes as well to capture the vegetarian market. It also introduced Acchari Do Pyaaza, Paneer Makhani, Deluxe Veggie and Indi Tandoori Paneer to capture the market. Domino’s has a marked well-renounced reputation in the field of experimentation with foreign and local hybrids.

Yet another premium American coffee brand trying to create its global presence. The Indian market is distinct from the American market as most prefer tea over coffee. In a situation like this, Starbucks had to emerge with new ideas and strategies to infiltrate the value-driven and price-conscious Indian market. The products were relatively cheaper than those in the USA. Starbucks had localized its stores and products to meet the demands. Like other brands, they have also undergone the tedious process of understanding the Indian audience.  Some specials included are Chai Tea Latte, India Spice Majesty Blend, Chatpata Paratha Wrap and Murg Kathi Roll. Starbucks has been successful in maintaining its premium brand image alongside their superior quality products.

Dunkin’ Donuts is known to have entered the Indian market just a few months before Starbucks entered the Indian market in 2013. Dunkin’ Donuts have a publicly known marketing strategy similar to that of Domino’s and have applied the same principles of affordability and localization. Dunkin’ Donuts’ major target has been the age group below 35 which comes up to 50 per cent of India’s population. The Signature Dunkin’ Donuts offerings such as Glazed Donuts and Dunkaccino are part of the India offering. Still, more than 60 per cent of the Indian menu has been altered to suit local tastes. Dishes like Big Joy Original Veg, Veg Makhani Meal, Chicken Makhani Meal, Bun Maska, Bun Maska Bhujiya and Crispy Potato Burger are on board.

Glocalization has become a reality. Localization understands cultural distinctiveness and cultural diversity, and so did these brands. Do check out what these brands have to offer in your respective nationals and let us know. 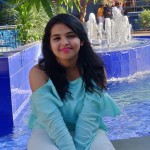 An asocial ambivert. A dreamer, living life in a magical realm. Piscean on a quest for true happiness.