For obvious reasons, June – Pride Month – is that time of the year when everything, and I mean literally everything, is splashed with the rainbow motif. But this community exists all through the year, unlike what popular commercial organisations would like to believe. The literary world is ever more diverse and inclusive than before. We at Brown like to believe that the LGBT+ community should be recognised and celebrated all through the year, everyday.

These books by LGBT+ authors or books with LGBT+ characters can tell us more about the lives of many of those among us, and you’ll be left with memories and tales of personal journeys as you step into their shoes. This list is not inclusive of all the best reads out there, but hey, you have to start somewhere! So add these must-reads to your shopping lists, or even gift them to your loved ones.

Here are our favourite LGBT+ reads –

The Well of Loneliness – Radclyffe Hall

From a very young age, Stephen feels unusual discomfort with her identity as a girl. Shunned by her mother and society, her father is the only one who understands her and her sexuality but never has the chance to explain it to his daughter. Provoking debates on gender and sexuality, this novel is known for bringing awareness of homosexuality to light very early on.

Based on the life of Lili Elbe, The Danish Girl explores the life of Einar Wegener, a married man who slowly comes to the terms that he may not actually be a man. It also presents the questions – how far are you willing to change? How far would you go for the person you love?

Struggling with racism and her troubled childhood, Audre Lorde explores how her life takes a turn when she comes across a tight community of lesbians and understands her own identity and embraces it. Brutally honest, the memoir takes us through the personal hardships and pain that Lorde is accustomed to.

Struggling with the regressive laws in Ireland, Cyril Avery has to hide his sexuality, even from the boy he loves. Finding love and also losing it, Cyril’s life is nothing short of a real tragedy. Taking a dig at the church and its definition of morality and sexuality, the book also traces Ireland’s history of unlearning as it accepts homosexuality.

Giving us a glimpse of the Chicana culture, Moraga takes us on a journey as she explores her sexuality and deals with gender, racism, and language. A linguistic treat of poetry and prose, Moraga looks at all the ways her people have been hurt sexually and culturally and eventually finds her path to freedom – for herself and others.

The Price of Salt – Patricia Highsmith

Based on her own life, Highsmith’s novel takes us through the life of Therese Belivet, a young woman bored of her tiresome job, who finds herself in love with one of her customers and how they set out to make a new life for themselves. In a relationship with an older woman, Therese quickly realises why this type of love is a taboo as her perfect world comes crashing down.

The Truth About Me – A. Revathi

Revathi’s story is not unlike others (forget the recent Tamil film ‘Paava Kadhaigal‘) – a trans woman who deals with ridicule, defamation, and assault from a very young age as she fights for her rights to live the way she wants. At constant unease at being in the wrong body, Revathi finds the need to be true to herself more than ever as she writes about one of the most stigmatised communities in India.

Questioning his masculinity, David cannot easily come to terms with his bisexuality – he does not like his mannerisms when he is with the Italian bartender Giovanni; instead, he wants to be a “man”. Despite being engaged to Hella, David feels drawn to Giovanni again and again until he leaves Hella, feeling guilt and remorse for Giovanni’s death.

All My Mother’s Lovers – Ilana Masad

Maggie Krause deals with grief at her mother’s death and also anger at her mother’s visible disapproval of her sexuality. But she soon finds out that there is more to her mother, Iris, than what meets the eye. Trying to find these “lovers”, Maggie understands her mother better, and in turn, herself.

When her uncle Finn dies, young June is distraught, and nobody tells her about the mysterious disease. But his death brings another acquaintance into June’s life – Toby, Finn’s lover. Portraying the heightened fear of AIDS in the 1980s, the novel explores love and grief in unexpected ways.

We Have Always Been Here – Samra Habib

Painting a vivid picture for us, Habib describes her experience growing up in Pakistan as she deals with the complexities of her identity and traces her evolved self as a queer Muslim in Canada. The novel also revolves around the burden that society often places on young children as they become the voice for their families in a new country.

A young boy in Philipinnes with albinism, Fairest explores Talusan’s transition into a woman in the US. An artist and an activist, Talusan found herself questioning the boundaries of gender as she explored and dealt with racism, sexuality, and her identity.

Set in Sri Lanka in 1980, fourteen-year-old Amrith is taken aback as he realises that he has feelings for his cousin Niresh who has just returned from Canada. Dealing with the loss of his parents, Amrith is faced with so many questions of his own as harsh truths are revealed to him.

Tobia recounts the journey from a closeted kid who was constantly called “sissy” to a proud genderqueer activist as they find that most labels don’t actually “fit”. Looking back at the stereotypes associated with gender, they question our understanding of gender or at least what we know about gender.

Oranges Are Not the Only Fruit – Jeanette Winterson

Jeanette retells the story of her life as she is forced into the life of a missionary from the young age of seven. As she grows older, Jeanette finds herself disagreeing with many of the religious teachings but also realises her attraction towards other girls. Disowned by her family and the church, Jeanette takes us on a journey of self-discovery and understanding. 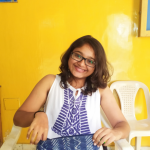 An open-minded introvert with strong beliefs, and an avid reader since her father bought her first comic-book.