Culture, heritage ad traditions, all come together to piece the diverse nation of India. The Indian jewellery captures all that and more. The journey of ornaments from ancient history to today is over 5000 years long.

The enchanting, captivating, and beautiful Indian jewellery has influenced metals, design, assembly, and purpose from the socio-cultural environment and political factors. The present-day varieties of Indian jewellery and its legacy have charmed the world, igniting new creative fusions between western and Indian trends.

Let’s look back on the journey of Indian jewellery, and learn about its developments over time and how it continues to prosper.

The history of India’s beautiful jewellery pans over five millenniums touching the timeline of the epic Ramayana and Mahabharata. However, the physical evidence of people using different materials to make ornaments obtained is from Indus Valley Civilization’s archaeological site. The jewellery as, put together was although simple but showed craftmanship. Bead, stone, strings and metal jewellery seemed famous during that time.

As history moved forward, the designs got more intricate. During the 16th century, Mughals hired jewellery makers worldwide to make one-of-a-kind pieces for them. They began the usage of precious stone as centrepieces of jewellery. However, there were restrictions on possession of precious metals and gems, as it was a symbol of higher social status.

India has always had a special place in the imperial world for the trade of precious gems. The first diamond mines of India date back to over 3000 years, in Godavari Riverbanks near Hyderabad. The diamonds used for different purpose such as royal gifts, pleasure and regaining trust. The history of diamond in India, are however full of conspiracy theories. For example, the infamous Hope diamond is, said to be stolen from the eyes of a statue of Sita, Lord Rama’s divine consort. The lore also says that whoever possesses the holy jewel, will be punished with imminent death. Today, the Hope Diamond is in Smithsonian Institution, USA.

In the 19th and 20th century, India’s jewellers were influenced by the cross-cultural exchange with Russia and Europe. However, European influences are more evident following the colonial rule in India. World-renowned jewellery brands like Lacloche Frères, Van Cleef & Arpels, Mellerio, Cartier and more, took inspiration from Indian jewellery for their designs. Cartier is known to have designed stone jewellery for the Indian Maharajahs inspired by Paris. Likewise, the famous tutti-frutti style by the Cartier was inspired by South Indian motifs of flowers.

In today’s time, Indian jewellery has taken up the influences of traditional cultures and western influences. Designers like Nitya Arora and Suhani Pittie bring forward a new age of jewellery in front of the world by keeping their roots intact. Another trend is going back in time by using old traditional frames and adding a modern flair to it.

History and traditions have culminated in the variegated forms of Indian jewellery that we see today. Their splendour and regalness are preserved through today’s masterpieces developed by jewellers in India and abroad.

The Indian jewellery not only beautifies but also serves a cultural and tradition purpose. The reason that makes the history of jewellery interesting is that the possession goes beyond the sole purpose of adorning oneself.

There are many jewellery items worn to safeguard and forms a part of Indian tradition. One of them is the Mangal sutra (the holy thread). Married women wear it for the well-being of their husbands. The ‘Nazar Kada’ (gaze protector bracelet) is a bracelet made of silver and black beads tied on babies’ wrist. As per the tradition, it protects the baby from the evil gaze or ill- wishes. Other things that are worn and protection like a ‘Taweez’ are a metallic encasement of some divine offerings.

Diamonds, ruby, emeralds, pearl, sapphire, cat’s eye, coral, topaz and red zircon, are the nine gems when put together is called the Navaratnam. The use of nine precious gems symbolizes the power of nine Hindu deities and according to people, the ones who wore them are connected to divinity. Maharajas and the emperors used to wear this collection of gems to show supremacy and stature.

Gold and silver in India are not only a precious metal but also sacred. This is one reason people buy these metals on auspicious days like Akshaya Tritiya and Dhanteras as it is considered lucky. The Vedic Hindu tradition also regards gold as a symbol of immortality. The ancient scriptures mention the origin of human life from the Hiranyagarbha (The golden womb). 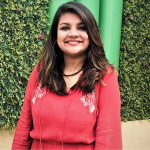