Image: Lipsticks have evolved to become the most powerful fashion statement via Shutterstock

I had never given much thought to the strong symbolism behind a mere tube of lipstick. It was just an occasional treat to my face, to make myself look good for a special day. But once I read about the efforts of countless women symbolized through this vibrant pigment made out of wax and oils, it has been impossible to look at it the same way I did before. Lipsticks have withstood a long history of revolt against patriarchal norms, shattering the silence to emerge as the most powerful statement in fashion. Let us time travel across the ages of history to feel the reverberations of the revolution made by lipstick.

Lipsticks have undergone a phenomenal evolution from the lipsticks of the ancient Sumerian civilization to the present day long-lasting Matte lipsticks. These were the first lipsticks in the history of maquillage, made out of gemstones, toxic substances and dried insects. Some of these lipsticks created a rage in fashion while others had catastrophic effects on health and were forbidden by the high society.

Egyptian women such as the infamous Cleopatra crushed ant eggs and beetles to create carmine shades of lipstick. These women even carried their pots of lipstick to their tombs. Here lipsticks were also made out of Iodine which later became known as the “kiss of death”. So, you can guess how the rest of the story went!

In Europe, lipsticks went in and out of fashion, as any kind of makeup was considered against the will of God. According to Puritanism, lipstick was a mark of Satan and women who wore lipstick were condemned as conduits of sorcery. It was ultimately Queen Elizabeth I who popularized the use of lipstick in 16th century England. A countenance powdered with makeup made out of white lead and striking red lips in contrast was the style in vogue at the time. Red lipstick declined in popularity when Queen Victoria ascended the throne and lipstick became associated with ill reputed women. There were even marriage laws in England that allowed husbands to divorce their wives for the use of lipstick.

In the 1880’s, a French company called Guerlain started to manufacture lipsticks on a large scale and the lipstick industry began to bloom. Till the 19th century, lipsticks were used mainly for beautification purposes and to show off class and status in society. However, in the 20th century, lipsticks took on a brand new shade of meaning

The Suffrage Movement- The Seeding Tinges of Feminism

In 1912, the world was going through major changes and women began to raise their voices after centuries of silence. Thousands of women took to the streets, protesting at the top of their voices and breaking laws, drawing the attention of the whole world. This was the Suffrage movement, one of the most revolutionary movements of Feminism at its peak. Women flooded the streets of New York, demanding the right to vote, and to have a say in the making of law.

It was quite uncommon for women to start or own businesses during that period and it was at such a time that Elizabeth Arden opened the Red Door Salon on Fifth Avenue in New York.  Elizabeth Arden joined and contributed to the Suffrage movement by designing a shade of lipstick named “RED DOOR RED” and supplied tubes of this lipstick shade to the Suffragettes who passed by her salon. Just imagine what an empowering spectacle it must have been to behold!

Lipsticks thus emerged into the limelight and became a trending icon of strength, confidence and power. It became the symbol of the New Woman and added a flamboyant touch to the beginning of the Feminist movement.

Women before 1912 obeyed the laws and performed duties chalked out for them by the patriarchal society. But since Red Door Red, there has been no turning back. Since then women have stopped at nothing, they have broken every barrier, setting foot in every field previously dominated by men and have continued to fight for equal rights. After centuries of women applying rouge in the dark, forbidden by law and duty from wearing lipstick, women broke free from the shackles of patriarchy beginning with the symbolic act of wearing lipstick.

Next time you see a person applying lipstick, think of the powerful symbolism and the fight by and for the the unheard and unseen women who never got a chance in a world ruled by patriarchy. This alluring symbol of confidence that never runs out of style is a shared icon of femininity and assertiveness. Today, women no longer have to suffer shame as a prostitute or a witch to apply lipstick and neither do they have to fear the law or wear lipstick in the shadows. And for that we have the heroines of the Suffrage movement to thank! This is why lipstick has become the most bold fashion statements of all time and the scintillating emblem of feminism. 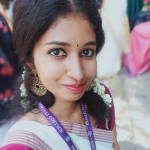