Mudasir Bashir Shah is the only trekker from north Kashmir having trekked around 120 places including some amazing mountaineering expeditions. Mudasir has scaled every famous peak in Kashmir, including the highest peak of Kashmir – Mount Kolahoi. He, along with some of his friends, has climbed some famous peaks of Leh as well, Stok Kangri being one of them. This is one such peak that most trekkers summit within 7 days. However, Mudasir, along with his friend, scaled this peak within just 24 hours, which is a milestone in itself. Mudasir has done a very famous trek in Ladakh, known as Chadar Trek and has withstood the chilling rather freezing temperature of minus 35 degrees.

Here, is our conversation with Mudasir.

No-one from North Kashmir has explored 83 high altitudes. You, having achieved that feat, is great. Could you tell us how many treks you have done so far?

Yes, as we talked earlier, I started trekking as fun, but once I entered into the wilderness of nature, there was no looking back from then on. It was a never-ending adventure for me. I have done almost 120 treks. I started as a budding trekker, but gradually I started professional mountaineering. I have scaled almost every famous peak in Kashmir, like Mount Kolahoi, Sunset Peak, Sheen Myean Peak, Pinnacle Peak and Valehead. I did my basic mountaineering course from JIM (Jawaharlal Institute of Mountaineering) and secured an ‘A’ grade in it. Thereafter, I became eligible for the advanced mountaineering course, which I did from HMI Darjeeling.

What is your drive behind this passion ?

Kashmir has about 200 Alpine lakes, and I am tremendously fond of all of these. My biggest goal is to visit, trek and see as many of these lakes as I can. Also, I believe that nature is the best teacher, companion, guide and everything else. Nature never misguides us and is our best friend. I find peace of mind when I am in such places, and natural beauty is all around. I believe peace and happiness is the ultimate goal of human beings. So, all of this is what drives my passion.

How do you manage the food? Have you ever gone without eating for long or have you survived on something that you won’t even bother to look at otherwise?

There’s a Kashmiri proverb – ‘paknas gasi asun takun’ which means to walk more, you need to eat more, and without any doubt, food does play a very important role. While trekking, we tend to lose existing nutrients from our body because of sweating. So we eat more sugary items and dry fruits that give us instant energy like chocolates and candies. We are also required to eat more of a proteinaceous diet. During my recent expedition of Mount Kolahoi, I went without food for two long days. Water is very important and being hydrated as well. Sometimes when we run out of water, we melt snow in our bottles and try to remain hydrated. Also during one of my treks, me and my teammates needed to have some protein intake because our body demanded it and we had to manage with stale, almost rotten goat meat that one of the tribal men gave us. Also, once we were just left with a few packets of instant noodles but we didn’t have any means to cook it nor did we have sufficient water, so we just mixed the instant noodles with tang juice, and that was our meal of the day. However, we do carry ready to eat food with us, but sometimes it is just not sufficient.

Would you want to talk a bit about the recent near-death experience that you escaped along with your teammates?

Yes, I would want to talk about that. I have faced many threatening experiences while mountaineering but the recent one was very much life-threatening. We were a team of seven people, and we were just 300 meters away to summit the mountain, and suddenly, a huge boulder came rolling down. It was a rockfall, and it seriously injured 3 people. But, Alhumdulilah (God’S Grace) I was safe and I and some other team members decided to descend as people were injured and we were running short of time. So, after we descended, we thought that we are in a safer zone, but just at that moment, one of our climbers suddenly fell approx 300 meters down, and she had an absolutely miraculous escape. It was again a narrow escape for the team, and we decided to divide the team into a group of two, one group was going to stay at the advance camp to look after the injured and the second team decided to again attempt for the summit. So, I was in the second team, and by 2:30 in the night we left and started to trek the summit. While passing through the huge glacier which was full of open and hidden crevasses, we somehow managed to reach the rocky area. I was leading the group, and suddenly a rock came out, and it cut my little finger. My finger was bleeding, and the other two members being concerned about me were asking to move back and stop the trek. However, having almost reached, I asked them just to do the first aid and continue. While we were moving ahead, blood from my finger was dropping, and blood marks were everywhere. We were just 20 meters short of the summit, and a whiteout happened, and we couldn’t see anything. It was a blanket of zero visibility. I cannot express the feeling that took over me then. We were absolutely stuck, hanging by a rocky wall. However, we still didn’t give up and managed to reach the top of it and summited the peak. Spending some time there, we were now occupied by another huge concern – with zero visibility and a very tough terrain very much vulnerable to rockfall, how will we move down? It seemed impossible. It was a moment that my emotions were at peak and I hugged my two partners and made a video for my family bidding them goodbye saying that ‘I’m sorry, I could not survive, and please forgive me’. I thought it was the last expedition but then a huge thanks first to God and then to my two partners who boosted my courage and filled me with positivity and we decided to trace our way back, come what may.

How we managed to reach the advance camp is just indescribable and beyond imagination. But, all’s well that ends well, and once I reached Srinagar safely, I had a small surgery on my finger, but my morale is up and may we climb peak to peak.

Are you deterred by that incident at all ?

Adventure stimulates an adrenaline rush in our body, and it’s thrilling. Going through such incidents and hardships makes our trip even more adventurous. It’s a part of the game, and these things don’t deter us or our passion. We learn from such experiences and be more prepared for the next time.

I have seen absolutely mesmerising pictures of the places that you have explored. Do you think that these places would attract a lot of people from all around and would be the most sought after ones if only more people knew about them?

I have travelled, or rather trekked with many foreign tourists, they were amazed to see the beauty of Kashmir. They absolutely fell in love with it, and I can’t explain their reactions when they see the natural beauty of Kashmir. We are lucky to have all the four beautiful seasons throughout the year, and I think every season caters to a different group of tourists. For example, those who like to capture the scenic beauty and are fond of photography often come during autumn as it is the best time for photography. Snow enthusiasts come during winters, and we also have the best skiing spot – Gulmarg. So, I think we have got everything that a traveller of adventure wants, and we would welcome them. However, for that to happen, peace needs to prevail, and things and issues need to be resolved.

Can you tell us about the club you are associated with?

I and my other co-trekkers are associated with our parent club – JKMHC. It is one of the oldest clubs in India, and it provides me with a good platform to brace my skills. The current president is also an amazing trekker and has explored almost 100 lakes.

Do you think that trekking, mountaineering and all such activities should be a must part of the school curriculum and the younger folk should instil a desire to know and explore places? What is your take on this?

Yes, I do believe so that it should be included in every school curriculum from the grassroots level. It can prove to be a game-changer in today’s society where youth have indulged in substance abuse and other menaces. Once they enter this field, they will learn to live by themselves. It will help them to learn the value of teamwork and many other skills, mostly persistence and patience.

Could you tell us which have been your favourite treks so far or the places that you have explored and are very close to your heart?

I have been to various places, and for me, every trek is very special but to name a few, which were absolutely beautiful and mesmerising were the – the trek to Sunset peak, the trek to Pir Ki Gali and its alpine lakes are an absolute feast for the eyes, the trek to Kounsarnag and many more as well.

Do you have any plans to get the younger folk more involved in such adventurous activities, or any plans of setting up an institution?

Insha Allah(God willingly), by next year I will complete the century of lakes and after that, we have plans to do something for our budding trekkers. Till now too many people have got inspired to enter this field and they are doing fairly well. So, we have initiated a process and have started to inculcate these skills into our young generation, and it will definitely bear fruits in future.

Also, by far this is your first interview, and what message do you want to put out there for the younger folk and also the aspiring trekkers?

Yes, this is my first interview as I am a little camera shy person. But  I want to convey a message to my younger folk that, please don’t spend too much time on social media and please try to come out of it a little. It affects your mental health and also hits your physical fitness. Try to embrace the beauty of nature and the fragrance of the wilderness. Explore the beauty of this splendid nature which will bring peace, happiness and good health to you and the people around. 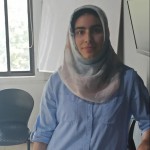