Fashion Comes With Its Added Burden Of Problems

The world of fashion is a murky one. It generates controversy and human or animal rights violations or labour exploitation issues with the turning of a leaf of every new Vogue edition. But there has been a term of late which has been a significant scanner for occurrences where the realm of fashion coincides with sociological observation. The word is cultural appropriation. In recent times, one shall find this term, making repeated appearances on your Facebook walls, Instagram feeds or trending Twitter hashtags. One might also find friends accusing each other of embracing the phenomenon concerning their own lifestyles of fashion choices. Now since our own microcosmic lives are heavily connected with global occurrences since we pick from those, it is difficult to untangle ourselves from all things we deem theoretically unethical. Hence, it is confusing to understand whether the fashion choices we make actually affect lives and people outside our common knowledge. The point of this article is, therefore, an attempt to help get a better grip on this understanding.

What Exactly Is ‘Cultural Appropriation‘?

First, let’s take a look at what cultural appropriation encompasses. In the neo-capitalism that rules the world today, cultural colonisation is a very prevalent phenomenon. It is when a more powerful culture overtakes a lesser-known, less powerful one. Now obviously which culture does the overtaking depends on which society is more economically stronger. In the wake of this development, it is easy to often strip less powerful cultures of certain essential features or markers of their history by making those a pawn to the colonizer’s profit-making project. Certain social ways of being or looking (mainly concerning material things like the hair or clothes or looks) are taken out of their historical context, glamorised and sold off with an added aesthetic value. This strips these elementary of their historically and socio-cultural agency because oftentimes, these cultural elements have been the markers of resistance or markers of identity for communities with histories of oppression.

So while global businesses and industries go on churning profit, indigenous communities, at whose behest money is made, continue to stay impoverished, in penury, powerless and violated. Let us take a few examples. A very prominent one being dreadlocks. This way of styling the hair is seen as native to African communities or people. In fact, the way of wearing hair as matter entangled locs have dated back several thousands of years and are known in several Eastern cultures, even figuring in their mythologies, especially in India. However, the tradition has a distinct Black history attached to it. The Black Jamaican population has a history with the tradition of dreads that links along with the Rastafari movement. Bob Marley and later Whoopi Goldberg brought the tradition into popular American culture, giving the wearing of hair in untended, uncatered to, knotted, tangled locks a cultural sanction. In fact, the term ‘dread’ signifies the shock value attached to this style and has been disputed as well.

Certain racial traits have a history of being considered ‘ugly’ or labelled, so by an essentially White gaze and worldview. Curly, frizzy hair is one of that as opposed to straight perfectly well-groomed hair that Eurocentric standards of beauty demand. The countercultural politics of the ‘ugly’ being brought to the fore has been popularized by several cultural waves and several cultural icons, like the hippie or punk fashion trends.

Dreads, similarly, have been linked intrinsically with Afro or indigenous identities. And White or even Asian celebrities or mainstream entertainment industries have gone a long way appropriating the Afro style of polishing the tradition of the dreads into refashioned styles of knitted braids which today stand as a big fashion statement. From being worn by white celebrities on the red carpet to Bollywood side dancers in Hindi songs of the 2000s, this style of wearing hair has definitely had its cultural significance butchered. Yet today we have parlours offering loc stylizations, artificially creating tangled hair that cost both time and money and is taken to be glamorous. Remember a popular scene from the TV series F. R. I. E. N. D. S where on a trip to some tropical island, Monica got her hair braided into locs since it had ruffled and frizzes up unattractively and Chandler had joked unapprovingly saying ‘I can see your skull’? And think today. And think how very fashionable locs are. I see friends with ultra-straight hair hitting parlours or hairstylists for wearing hair this way today.

Come to think of another style that came into vogue of late—the fox eye. You shall see the likes of Bella Hadid or Kendall Jenner guiding the trend by the hand into consumerist popularity. You shall also see young White teens giving makeup tutorials on Instagram or TikTok videos appropriating a style of doing the eye that is, in fact, a distinct genetic feature for a certain race of people. Slanted eyes have always been the stuff of ridicule and racist derogation for Asians. Now the very same trait has been aestheticised and is marketed as the ‘cat-eye’ earning revenue for celebs and makeup gurus alike.

How Is It A Problem And What Can We Do

Now the question arises, living in a culturally integrated world today, which is considered a global village, to what extents are our everyday fashion choices appropriations? And how far are they healthy borrowings or exchanges? The answer once again lies in White capitalism and consumerism. Living in a world so heavily interconnected comes with its own boons and banes. While styles that were rigidly looked down upon are viewed in a new light of acceptance, the erosion of distinct markers of identity and history also seems like an inevitable development. Recently YouTuber Lily Singh received enormous flak for appropriating African culture through her use of slang, appearance and mannerisms. Any kind of business flourishing in Western, predominantly White societies draw on marginalised or predominant cultures according to the convenience of trade and most importantly, for profit. African culture, unfortunately, is big pretty to this industry trend of appropriation in the Western world.

This is relevant in huge amounts to the garment and clothing industry as well, but that shall be the stuff of another conversation since it wrecks about actual material harm in terms of labour exploitation and perpetuating further marginalization of communities whose traditional and ethnicities are appropriated. In drawing our everyday lines of contour on our faces, the damages wrought by privilege are far more subtle. However, one might argue that cultural appropriation rests in almost every style we believe in looking ‘hip’, right from tattoos to multiple piercings to chokers. All have their own distinct histories, often ones of violence and humiliation attached to them.

The solution, I believe, lies in making informed choices and educating ourselves about the consumeristic choices we make. This is especially important in the age of capitalism we live in as the divide between ethical and unethical is constantly blurred in our lifestyle choices. We sideline fashion and makeup from the realm of socio-cultural significance or seriousness. The fact remains that even in our frivolous pursuits of vanity, lie erasures of other identities and histories of people who are invisibilised ore lay outside the ambit of our limited knowledge. And one of the big vices of the fashion industry till date is to capitalise on the myth that fashion and beauty are for the vain and ignorant who do not ponder on the seriousness of social realities. It manipulates its consumer base this to stay uninformed, uninterested.

Big changes come with information and awareness. Hence with every lifestyle choice we make, it is necessary to inform ourselves of the histories and ideas that went into manufacturing them. 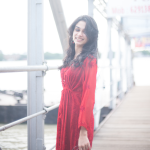